EDITOR’S NOTE: Sophie S. Welling, who had shared recollections from earlier in this century with Valley News readers about Oswego State Teachers College and its Campus School, died Feb. 27 at the age of 83. A few days after her death, members of her family submitted the following article, which she had been preparing for publication.

One day when I was on my way to the Campus School in Oswego, I met a middle-age man who asked for some help. He said, “Little girl, could you tell me how to get to the alms house?”

I had no idea what he was talking about. I had never heard the term “alms” or “alms house”. After he described the place, I was pretty sure he meant the “poor” house. So I gave him the directions and he went on his way. In those days people in our neighborhood called it the “poor house.” They even called the present day Thompson Road, on which it was located, the Poor House Road.

The poor-house farm consisted of about 150 acres, 72 of which were cultivated. There were also barns and other minor buildings. There was a considerable amount of livestock consisting of 10 cows, one team of horses, 50 chickens, and several pigs. They also had farm machinery such as tractors, trucks, and cultivators. The large main reside ace, made of brick, was built in 1898 at a cost of $33,000. It replaced the original poor house which was destroyed by fire.

Oswego had decided to do something about all the poor people in the city, so they bought a large tract of land and built an alms house on it. They put the land into production and made a good farm out of it. By the 1890s there were over 40 residents in the building. They worked the farm and sold vegetables and livestock to help pay their way.

When I first entered the main building, I immediately got the impression of neatness, order, and peace and quietness.

Mr. Carey, who supervised the Oswego City Poor House, gave us a very thorough tour of the main building. He first showed us the chapel where the residents could attend services every Sunday. The ministers and priests were very kind to hold services there.

Next we entered the men’s recreation center which was a large room with many chairs and couches for the men. The men seemed to be amusing themselves and resting comfortably. The women, also, had a recreation room on the upper floor. For recreation the men and women both read books and magazines, which were fur-nished by the people of Oswego. They also played cards and games. They also had a Victrola and radio that gave them a great deal of amusement. In the summertime they enjoyed the outdoors. They took long walks and went fishing in the near-by stream. I think that every effort was made to provide a restful place for older people so the could enjoy life as much as possible.

The next room we entered was the kitchen, which was well equipped and appeared to be immaculate. The dining room was a long, large room with five long tables. They also had a hospital room where the sick were kept. Mr. Carey told us that one woman had been in bed for seven years. They had two hospital rooms.

There were two dormitories, one for the men and one for the women. The beds were made up very neatly and the bedding looked very clean. At the side of each bed was one chair.

The poor house had its own physician who made an examination of every resident once or twice each year. He kept his own files in the office of the home.

In order to enter the Oswego City Poor House, a person had to make out an application through the welfare department. A person had to be a resident of the city for one year and could enter the poor house if his conditions were favorable according to the welfare laws. The poor house was a non-sectarian institution supported by the taxpayers of the City of Oswego.

At that time, there were 55 residents, eleven women and forty-four men. The youngest resident was 24 years old and the oldest was 90 years old. The average age was about 72. If the resident could pay, he was urged to do so, paying weekly or monthly.

One of the men was both blind and subnormal. He seemed to be quite contented by playing with a piece of tin, which to him sounded like music. There was one person who had been a resident for 48 years, and another one for 57 years.

There were only about six or eight men who were able to help with the work, either in the home or out in the field. They also helped doing the morning and evening chores, such as milking the cows, feeding the pigs and chickens, feeding the stock and watering it, and cleaning the stable.

The men also did chores in the house, such as sweeping and washing the floors.

The women did not do very much work. One or two helped in the kitchen washing the dishes, etc. They also helped in the cleaning and dusting of their dormitory.

The average cost per individual per week was about $3.25. This included everything: board, clothing, shelter, tobacco, etc. The residents were also taken care of at the home when they became ill by the house’s own physician.

The city home, or the alms house, was the last resort of the dependent person in the United States. At that time more than one half of the residents of poor houses in this country were homeless and helpless old people. The census reports showed that with increasing age, a larger population of old people were becoming residents of poor houses. With the increase in the length of life, the number of old people naturally increased. Consequently, they had to plan to take care of a greater number of people as time went on.

The residents in the City Poor House were less fortunate than most people were in this country. But, I think, they had much to be thankful for. They were being taken care of in a beautiful spot in the country where they could enjoy the outdoors and even do some fishing.

When I was a teenager doing errands for my father, I used to walk by the poor house. I enjoyed looking at the grounds, especially the pond, where I would always stop for just a little while. I thought it. looked beautiful. 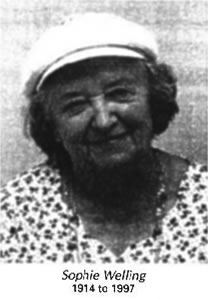 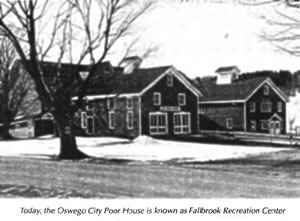 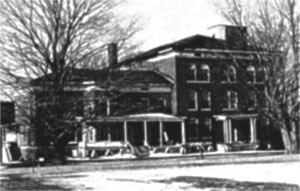 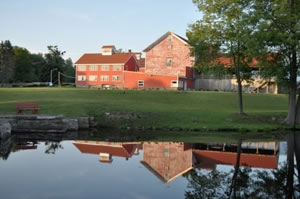 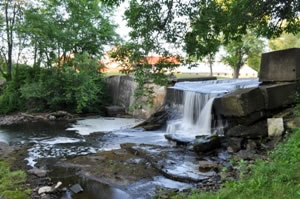